It was really great to learn about the character I chose. I chose Tintoretto who was an artist it was interesting to learn about all his achievements he had through out his life, the biggest one being him painting the largest painting ever on canvas. It was also really interesting to try and make a time appropriate writing piece, for the writing piece I decided to do a handbook for his apprentice.

​History:
It was really great to learn about the history of the renaissance. Many things that were normal back then are weird now. Everything has been changed in this period of time.  Although it was different it was still great to learn about where everything was at a certain point in time.

Math:
For math we did our math game which the day of exhibition. Which was a blast to show to my parents and my partners grandparents because they had a great time playing the game. Overall great learning about these old games. Even though old still very fun to play.

The hardest part of this project for me was understanding how our characters felt and thought. Due to the fact that times were very different back then and also it was a long time ago so it was hard to find specific information on the internet through our research. Nothing could really fix this unless you actually met the person which is impossible now but may be possible in the future.

I asked for and received feedback on my character writing piece many times. I had decided to do a Artist handbook for my apprentice. I received feedback from a handful of friends which let me do a bit deeper into the theme I was going for.

I am pretty proud of my writing. I think I could have used a bit more of the older language but overall I was happy with the final product from the actual writing to the way that I stained my paper to make it look as realistic as possible.

I am happy with what I did. My product came out well as well as my costume. I also was proud of how well I remembered the history of my character and was able to tell people about him. And overall the night was good and seemed like many people including myself enjoyed it.

I felt like any questions I got asked I answered well. And our section of the exhibition came out pretty good. It really focused on the things that we were presenting and made everything pop well.  My costume was also pretty good.

I would not change anything I felt like this project was pretty well structured but nothing happened to fast.

I feel that understand the impact of the renaissance. This was a time where many things happened. Many things were discovered or dug deeper into this eventually helped people of the future make advancements some of we use today.
​ 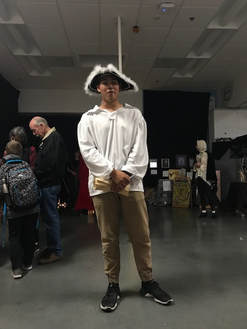 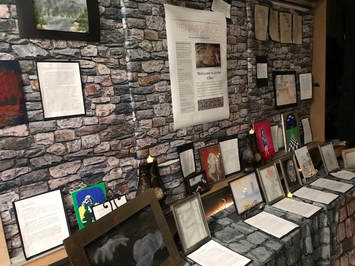 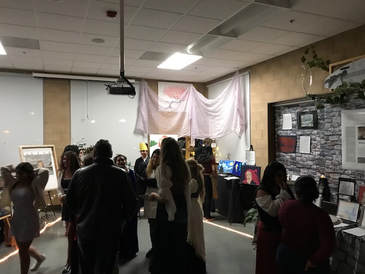